It’s a parenting moment that often catches moms and dads off-guard: How do you decide how much the tooth fairy should leave behind the first time a child loses a tooth? 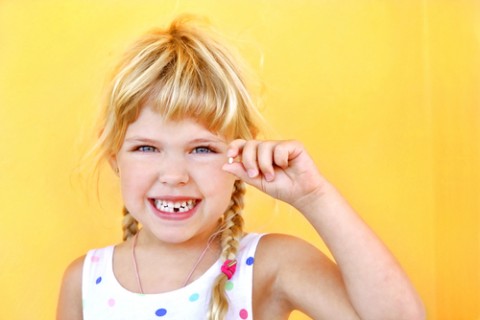 Many parents first think back to their childhood and start there. However, it’s common to find that you and your spouse or you and your friends had different luck when it came to the coins or cash left under your pillow after the loss of a tooth.

Whatever amount you got per tooth, you can’t forget about inflation.

While the final decision on the price tag of a tooth is different for each family, Delta Dental has been conducting a Tooth Fairy Poll every year since 1998 to track the changes in the tooth fairy market. Surprisingly enough, when the national average is compared to stock market activity, the numbers rise and fall in almost perfect unison, which seems to suggest a lost tooth could have insight into the economy of the United States and vice versa.

Today a lost tooth is averaging around $5, compared to $1.50 in 2000. Although a survey by Visa found that only 8 percent of children in the United States receive more than $5, some kids have made up to $20 on one tooth, especially if it’s a big milestone such as a first or last tooth.

Another fun twist some parents have reported is a special $2 bill left under the pillow when the tooth fairy comes to visit. It’s not a bill people see often these days, and many kids have never seen one at all. The tooth fairy fun has grown well beyond basic cash as social DIY channels such as Pinterest have given families a way to share their ideas.

Some of the most unique ideas include:

– Mini tooth pillows with a pocket to put the tooth in

– Covering cash in glitter because that’s a fairy’s favorite

What do you think about these ideas? We’d love to hear your thoughts in the comments.