What Makes Our Team Different

When you move to a new city or simply decide you’re no longer happy at the dental practice you’ve been visiting for years, it can be daunting trying to decide on a new place to make your dental home. We take pride in the environment we’ve created here at Arcadia Dental Arts. We’ve worked hard […] It’s no secret many people hate flossing with a passion. In fact, it’s so disliked in the United States that studies have been done to determine just how much we hate flossing. A national survey from the American Academy of Periodontology found that one-third of Americans would rather do unpleasant activities like cleaning house than […]

This Common Symptom Could Be a Sign of Bullying

Childhood bullying has been a serious topic making headlines in the last few years. It has been linked to serious negative outcomes in adulthood and even childhood suicide. The Centers for Disease Control and the Department of Education define bullying as unwanted aggressive behavior, observed or perceived power imbalance and repetition of behaviors or high […] 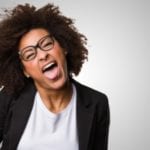 All About Hairy Tongue

It may be hard to believe, but hairy tongue is an actual medical condition. It’s pretty harmless, but as the name implies it’s not something anyone wants as it can certainly be embarrassing. The American Academy of Oral Medicine estimates 13 percent of Americans are affected by hairy tongue, but it’s more common among some […] What’s the Going Rate for the Tooth Fairy These Days?

It’s a parenting moment that often catches moms and dads off-guard: How do you decide how much the tooth fairy should leave behind the first time a child loses a tooth? Many parents first think back to their childhood and start there. However, it’s common to find that you and your spouse or you and […] Researchers from the University of Pennsylvania have discovered a new dental material that kills bacteria and is capable of resisting biofilm growth. Their study was recently published in the journal ACS Applied Materials and Interfaces. Biofilms are communities of bacteria that form and stick to surfaces, especially wet ones, said Dr. John Pappas, DDS, of […]